Iraq And The Fake Bomb Detector 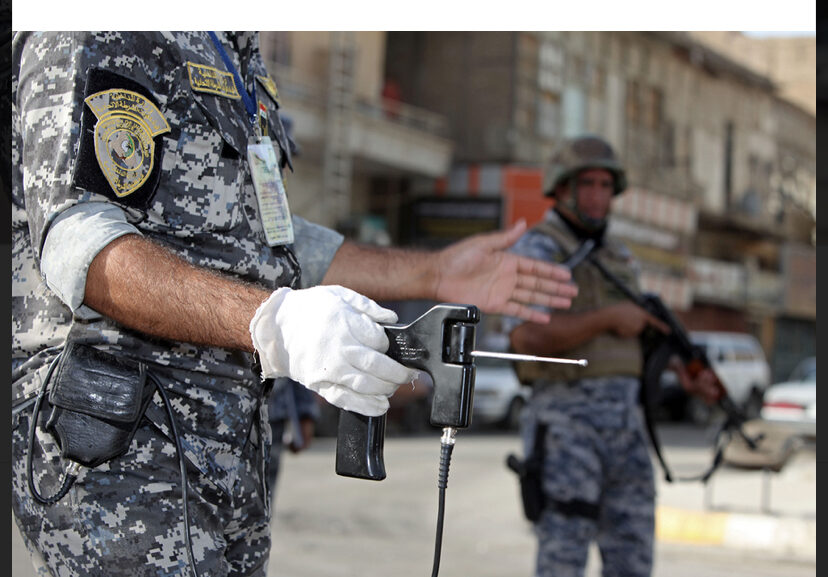 If you’ve spent any amount of time running around Iraq since the early 2000s you may remember the bomb detector that Iraqi Security Forces (ISF) deployed at security checkpoints. It was a black device held in hand by a pistol grip with a long aluminum antenna protruding out forward. It reminded me of the device used to maneuver remote control cars.

Not the kind that had two sticks, one to move left and right, the other for front and back, but the kind that utilized a trigger of sorts, with a wheel on the sides to turn the car. You know, the cheap ones that no one ever mastered controlling.

The ISF soldiers and policemen wore these devices on their hips with pride. However, their use of the device was less than methodical. Most times they’d have a cigarette in one hand and the device in another. Just checking for bombs, no big deal.

As each individual ISF walked around our motorcade, one suburban at a time, the security team members, principals, the local interpreter, twelve other Iraqis sitting around smoking cigarettes, and hundreds of cars behind us wondered about the fate of the American occupiers.

In most instances the security detail in this motorcade just returned from a nearly four hour mission somewhere in Baghdad. Refugee camps in Sadr City where the local Shiite population just loved us or a ministry building with minimal security regularly targeted by terrorists were some of the locations we frequented. On any given day it was at least 100 degrees and all of us, excluding the Principals, were in full kit driving vehicles with barely functioning air conditioning.

The team members dreaded the thought of a secondary inspection. By the time we finished the “mission” of taking the principals to their meeting we were hungry as shit and coming off a high of sixteen Rip-Its. Furthermore, the “secondary” inspection was a moot point.

In these cases we just kept our doors locked and waived our U.S. diplomatic placard that literally said “Negatron, Habibi. No inspection today.” Well, maybe not exactly those words, but you get my drift. Still, if we were in secondary we had to wait until they just gave up on trying to get us to open our doors or until the Baghdad Operations Center cleared us to pass without inspection.

The real frustration was that most times these devices did not detect anything. Well actually, they never detected anything. There was a reason for that. The bomb detector was a fake. Yes, fake.

It turns out the device was based on a gag-gift and some brilliant mind thought it was a good idea to manufacture millions and sell it to the governments of developing countries.

The bomb detector was given a fancy name like the A.D.E. 651. The description had some fancy words like “positive molecular location” capabilities. The look of it was, well, fatuous. Yet it was still sold to the Iraqi government for $80 million dollars.

80. Million. Dollars! The British dude that sold these fake bomb detectors to the Iraqi government had been arrested and exportation out of the UK was no longer allowed. It was clear the the Iraqis had been duped.

So what does a nation in the spotlight of a controversy do? Scrap the device, get one that works, and save a bunch of lives? Or, say fuck it, let it ride? You guessed it; double down. The ISF chose to keep the detectors and used them well beyond my departure from Iraq in 2012. Unfortunately, a lot of people died because of it.

No need to pick on the Iraqis only though. Plenty of other countries were hoodwinked as well. On that list were powerhouses like China and more modern countries like the United Arab Emirates.

In the Fall of 2009 the Ministry of Justice building was rocked by a bus filled with explosives that navigated its way through multiple security checkpoints with no issue. Hundreds of people were killed.

These fake bomb detectors presented a great challenge for the U.S. Embassy and its motorcades. We really didn’t know who was driving inside the Green Zone, wherein the U.S. Embassy was located just along the Tigris River. The embassy could have just as easily been hit.

I saw one news article that indicated the Iraqis were still using fake bomb detectors as of 2016. I hope this is not the case. The threat in Iraq still lingers and the U.S. Embassy is perpetually a top-tier target.